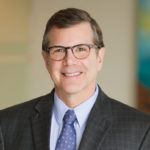 Bart Wulff is an experienced trial and appellate attorney who devotes his practice to the representation of clients in business litigation matters which for many years emphasized professional liability and errors and omissions claims in the insurance industry, representing policyholders in claims against insurance companies and defending large international insurance agencies against professional liability claims made against them, but in recent years, has increasingly consisted of oil and gas litigation and agriculture-related litigation.

A seasoned trial lawyer, Bart is admitted in Texas state courts, all U.S. District Courts in Texas, the U.S. Courts of Appeals for the Fifth and the Eleventh Circuits, as well as the U.S. District Court for the Northern District of Oklahoma. He has handled complex litigation matters for major national and international insurance agencies, policyholders, insurance companies, hedge funds, technology distribution companies, transportation companies, financial institutions, agribusiness, commodity trading, and motion picture distributing firms, among others.

Bart advises clients on all aspects of risk management.  He represented the Marsh & McLennan Companies in a range of E&O and commercial disputes, and acted as personal counsel for policyholders whose claims are being defended by their insurance carrier, but who face exposure to potential excess or otherwise uninsured risks. Over his years of practice, he has represented clients ranging from Fortune 100 companies with a large and sophisticated in-house legal staff to individuals with substantial business interests to assert or protect. Notably, he represented a policyholder in defending against its D&O insurance company’s assertion of a late notice defense, resulting in a landmark Texas Supreme Court decision requiring prejudice as a prerequisite for a late notice defense in claims made policies.

Bart also advised and represented attorneys who have been joined as parties in litigation, defended insurance intermediaries in the three-month trial of a reverse bad faith and insurance agent malpractice case, and represented Alexis, Inc. in the case of Natividad v. Alexis, in which he secured a landmark Texas Supreme Court decision that his client owed no duty of good faith and fair dealing under Texas law. He represented Southwest Airlines in a range of litigated matters over a period of more than 20 years.